Find a job in Barcelona or get a relocation job to Lisbon! - City Job Offers
18122
post-template-default,single,single-post,postid-18122,single-format-standard,bridge-core-1.0.5,ajax_fade,page_not_loaded,,qode-theme-ver-18.1,qode-theme-bridge,disabled_footer_top,wpb-js-composer js-comp-ver-6.0.2,vc_responsive

Find a job in Barcelona or get a relocation job to Lisbon! 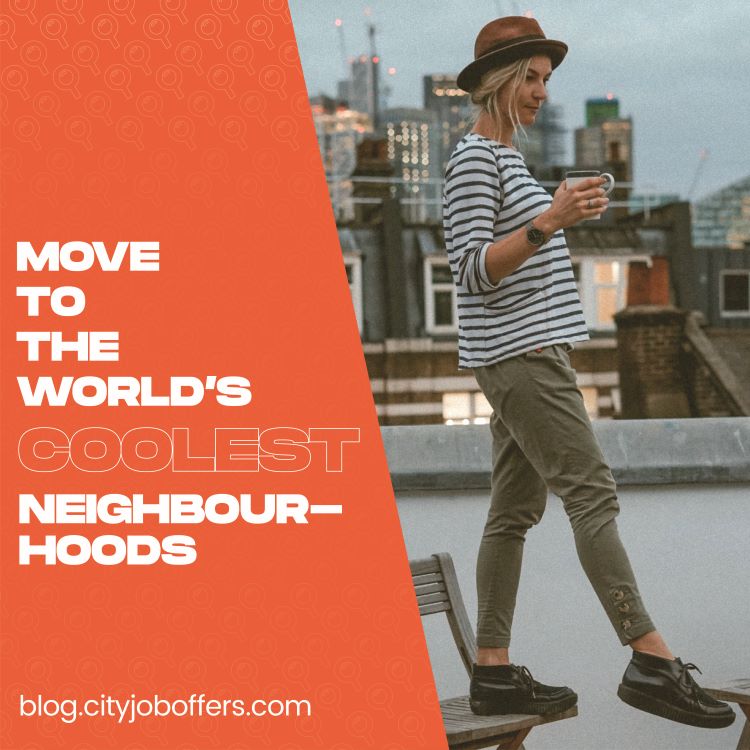 25 Oct Find a job in Barcelona or get a relocation job to Lisbon!

Posted at 10:16h in Work abroad in the sunshine by City Job Offers 0 Comments

Move to the World’s coolest neighbourhoods

The World’s coolest neighbourhood is in Barcelona right now. According to the popular TimeOut Magazine, the sprawling Eixample is THE place. Based on information from almost 40.000 global urban residents, editors from around the world chose this neighbourhood as the greatest urban district in 2020. Last year, Arroios was the winner: Lisbon’s largest central district is an inspiring multicultural borough. Find a job in Barcelona or Get a relocation job in Portugal and enjoy the world’s best neighbourhoods!

2 Best neighbourhoods to work and live in

The study surveyed thousands of people and asked local experts to rank the world’s greatest neighbourhoods 2020 for fun, food, culture and community. The winners represent around the globe-places that shine as the greatest cities on Earth. Districts on the list are the places to be for leisure, atmosphere, art and personality. Every year, there’s plenty of debate and in 2020, neighbours and sense of community have taken on a whole new importance.

In this pandemic context, it’s more important than ever to be happy with your neighbourhood. We’ve all been spending more time than expected at home and our local community. So the famous list, this year, focuses on places where neighborliness is key, places where habitants and businesses have worked together over the years. This edition, coolest means kindest. Fortunately, the best neighbourhood in 2020 is Esquerra de l’Eixample, and we have plenty of jobs in Barcelona for you to pack your bag and move to Spain working in your native language. We are calling for Norwegian speakers, Danish speakers, German speakers , Swedish speakers, Spanish speakers and French speakers willing to join big projects in sunny Barcelona. Your future workplace is near to Eixample and you will have exciting things to do at every turn.

Last year, our beloved Lisbon won the first place on TimeOut’s famous list with Arroios as the world’s coolest neighbourhood. Some citizens vote for the delicious restaurants, others because of affordability, good public transport or friendly neighbors. For all of these,the Portuguese capital is leading the way in urban quality of life. If you apply to our jobs in Portugal for German speakers , Dutch speakers, French speakers, Flemish speakers and Italian speakers, your future workplace is a riverside office, near your central apartment.

Esquerra de l’Eixample, the coolest neighbourhood in the World

Living in Barcelona is amazing. If you heard yourself saying a thousand times before: “I want to go to Barcelona”, this is your chance to make it true with a Barcelona job offer. Apply for a Work and Travel Barcelona experience. Working in Barcelona you can enjoy the coolest neighbourhood in the world. Barcelona’s growing Eixample district is divided into two sections: Dreta and Esquerra, and although the first one hosts design shops, fashion stores, fabulous restaurants and superb modernista architecture, Esquerra is now on trend. In 2020 this side got the attention. You might also remember its famous residents: during the lockdown, local neighbours dressed up in costumes and organized dance parties from their balconies. At the same time, a mutual support network was organized to help the most vulnerable and health workers. The Eixample (what means ‘Expansion’) is a result of urban planning by Idelfons Cerdà in order to make the most out of natural light, sanitation, efficiency and livability. Heritage is also important. Residents work to keep and restore emblematic buildings. Walk to meet Casa Lleó Morera and Casa Amatller, apart from the well-known Casa Batlló.

In the last post we talked about the importance of diversity in the recruitment process. Did you know that Esquerra de l’Eixample is a pioneer in providing space for LGTBTQ+ businesses? We love its inclusive spirit and community spots like the urban garden and KM 0 markets. Don’t miss Joan Miró park, it’s the perfect site to rest, run or skate after your job in Barcelona.

If you want to go to Lisbon, get to know Arroios. Living in Lisbon you can discover its restaurants, bars, shops and attractions. What to do in Lisbon’s coolest neighbourhood?

Walking is the best way to get closer to its many impressive streets, filled up with traditional shops, entrepreneur projects, art galleries, etnic restaurants, veggie spots and sports venues.

#cityjobbers from around the world working in Lisbon,are in love with Arroios: it stands out from the other sites of Lisbon for the multiculturalism of its people and places. Find a new job in Lisbon and after-work head to the largest garden in the area: Jardim Braancamp Freire. Get cultured at Anjos70, with art & flea-markets, and Mercado de Culturas, an awesome cultural centre.

These days, local shops, independent businesses and the corner bar have become vital to us. As well as affordable living costs, natural suburbs and inclusive environments. Neighbourhoods in Barcelona and Lisbon are buzzing all day long, drawing #cityjobbers from across the world. International candidates are welcome to come and join our global teams!

Fulfil your dream and find a job abroad today! Are

Do you have a deep understanding of digital produc

Did you know that 2.2 billion people live without

How well do you sleep? 😴 Sleep is the base of

A green office is a sustainable one 👉 it consid

Are you a highly numerate and well-organised perso

Open up to the excitement and diversity of Lisbon

Do you need CV help? Head to our blog via link in

At our e-recruitment agency we believe that Workpl

Are you a wizard at Customer Service? 🎯 We are